Covering only 3% of the planet, yet essential to all life on Earth.

The Lungs of the Earth 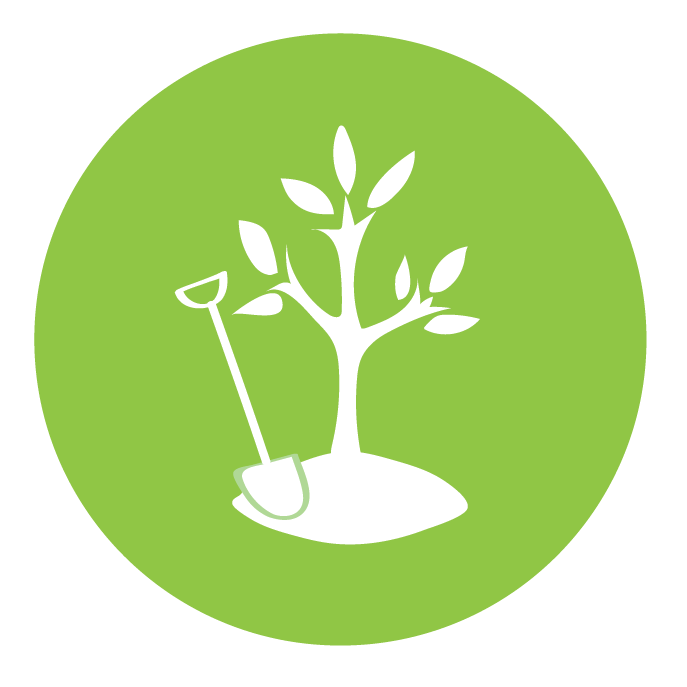 Despite only covering up 3% of the planet, our Tropical rainforests are essential to all life on Earth, and one of our greatest defenses against climate change. Even though they may cover a small area, they pack a big punch when it comes to wildlife biodiversity – with 50% of the world’s plant, animal, and fungi species making up these lush forests. Home to dozens of primate species, as well as our four other great apes, these powerhouses of diversity are critical to life as we know it. Unfortunately, all is not well in these tropical paradises, with logging, poaching and human encroachment taking a severe toll on the health of these habitats.

Learn more about these fantastic forests with links to different learning resources and a number of ways YOU can get involved to help protect these natural wonders!

Tropical rainforests are largely grouped into three areas along the equator – the infamous Amazon Basin (South America), the Congo Basin (Equatorial Africa), and the SE Asian Rainforest (in – you guessed it – South East Asia). Despite the continental variance, there are a few key factors that are common in each: Rainforests contain about half of the existing plant and animal species in the world.

They contain a third of the world’s bird species and 90% of its invertebrates. On the third largest island in the world, Borneo, between 1995 and 2010 over 600 species were discovered – that is 3 species each and every month. At least 15,000 plants, of which 6,000 are found ONLY in Borneo’s tropical rainforests.

The remaining African rainforests (primarily the Congo Basin) contain more animals and plant species than are found anywhere else on the continent. 2.5 acres may also contain over 750 types of trees and 1500 species of higher plants — a diversity greater than North America.

In 2.5 acres of the Amazon there could be 300 different tree species, compared to the 40 found in the whole of the UK.

Just how many different types of apes, monkeys, and other primates can you find in tropical rainforests?

It’s difficult to say an exact amount as new species are being discovered all the time! What we do know is that primates are abundant in each major tropical rainforest region (with the exception of the small Australasian pocket).

Tropical rainforests are perfect for primates as they provide an abundance of food, shelter, and space for different species to occupy.

Monkeys found in Central/South America are called New World Primates and have some key distinctions from Africa and Asia’s Old World Primates. Learn more about the physical and behavioral differences here!

A Breath of Fresh Air

As the name rainforest would suggest, one of the key characteristics of these lush landscapes is the sheer amount of water that passes through them every day.  Through system cycling — rain, absorption by trees and plants, pass-through via rivers to the sea, and transpiration — the world’s tropical rainforests cycle nearly half the planet’s freshwater annually.

With the abundant sun and warmer temperatures around the Equator (typically fluctuating around 30-35 degrees C (86- 95 F), the plants and trees are near-constantly photosynthesizing. This process releases water vapor from the leaves, which leads to heavier clouds and more rain. This cycle helps to keep the forests verdant and lush, providing food for the animals and insects living under the canopy.

Hundreds of rainforest plants are used in modern medicines. It is estimated that 1 in 4 of all our medicines come from plants growing in the rainforest. For example, Vincristine, a drug taken from the rosy periwinkle of Madagascar has allowed an 80% remission rate for some forms of childhood leukemia. Curare, a poison found in the skin of Amazonian rainforest frogs and used by Amazonian Indians on arrow tips, can be used medically as a muscle relaxant when dispensed in regulated small doses.

How do scientists determine the health of the Earth’s rainforests?

1) Use satellites and other technology to measure the amount of lost forest – generally due to logging operations. As more rainforest disappears, the remaining pockets become much more vulnerable and susceptible to drought.

2) Quantifying the number of animal and insect species in an area. Some forests maybe green and vibrant on the surface but silent on the ground due to poaching and overheating of the animal wildlife. Animals (particularly birds and primates) are massively important for seed dispersal and plant cross-pollination in forests. Read more here

How is it that these forests can help prevent climate change?

One of the major roles tropical rainforests play in mitigating global warming is through the water cycle. Rainforests churn through an enormous amount of water each day as the plants undergo photosynthesis (releasing water vapor) – leading to evaporation – precipitation, etc. While much of this water stays in this rainforest feedback loop between the sky and the ground, a significant portion of this water remains in the clouds and can be transported hundreds of miles away.

This displaced precipitation helps cool the earth, as well as hydrate critical areas of human agriculture and food production. Continued deforestation of these tropical forests will have a dramatic and catastrophic effect on these external areas.

Learn more about these Rivers in the Sky here

Threats and Fears for Future Survival

Poaching, logging, encroachment, and pollution are just some of the main issues that threaten the future of our forests. As rainforests are held together by such a vast, complex system of water and nutrient cycles and symbiotic animal relationships, problems with one component of the forest can have knock-on effects on others.

How can I get involved?

Even though most of us don’t live in or near Tropical Rainforests, there are still a number of ways we can step up to help protect and regrow these precious forests!

Pledge to take one new action a month to support the remaining Tropical Rainforests. To maximize your impact, find a buddy, and pledge together!

Learning more about the wonders of the rainforests is a great first step to get involved  in their protection – here are some links for the family or the classroom:

Orangutan Tree Project is a partnership between You, GLOBIO, and Yayasan IAR Indonesia, to create real-world change one tree at a time. Over the next decade, this reforestation initiative will replant over 1,500 hectares (3,700 acres) of critically endangered orangutan habitat, lost in the horrific 2015 fires.

Primate of the Month

Learn more about some of the weird, wacky and wonderful Rainforest dwelling primates with the Primate of the Month Newsletter through Apes Like Us. This is a great way to learn about some of the world’s most incredible primate, one species at a time. With original photos and video, coupled with plenty of info and fun facts, these are great for the whole family. Don’t miss out – sign up today and check out previous Primates of the Month below!

More than a Sanctuary: The Forests Beyond Tacugama

Two Week Travel Update: Exploring Beyond the Sanctuary Many of you have asked about the landscape of Sierra Leone and where the sanctuary is located. In a word: verdant. Arriving at the ferry landing, your driver awaits to take you up to the sanctuary (yes, it takes...

« Older Entries
We use cookies on our website to give you the most relevant experience by remembering your preferences and repeat visits. By clicking “Accept”, you consent to the use of ALL the cookies.
Do not sell my personal information.
Cookie SettingsAccept
Manage consent