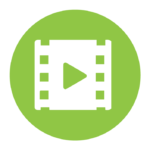 Images are powerful tools that inspire and empower understanding of our world. GLOBIO was founded by a photographer who saw firsthand the role film and video could play in education and engaging audiences to learn and take positive action. Our Media & Communications Program works to create original content that can be used by GLOBIO and by our global partners, in exactly that role: to educate and influence.

The Apes Like Us channel on YouTube is the visual heart of our great apes education outreach. It has the opportunity to reach millions of global viewers on multiple device platforms with a visually powerful message about the value and importance of great apes surviving on our planet.

Not yet self-funding the channel does, via steadily increasing viewership, generate a supplementary revenue stream to offset production and administrative cost associated.

In 2017 GLOBIO began working with Oscar-nominated director Skye Fitzgerald of Spin Film to support other story-tellers. That in turn led to GLOBIO, through its Apes Like Us project, to explore creating and producing longer form film documentaries, which could tell more complex stories less suited to broadcast on our YouTube channel. The potential to tell stories in a longer documentary format, 40-90 minutes, and create educational materials the can be used to support the films is opening new opportunities for our work to seen and used by audiences in formal and in-formal education ‑ expanding on our effort to engage a wider audience in Connecting Species, People, Planet.

Our current documentary film projects** include one by Apes Like Us Films, and fiscal sponsorship of the latest film by Spin Film.

**GLOBIO is not currently looking to create or fiscal sponsor any new film projects. In 2021 we will re-examine our project load. If you have a project you would like us to consider please contact us at info@globio.org after March 2021.

HUNGER WARD is the final documentary in a trilogy of films about the global refugee crisis. Filmed from inside two of the most active therapeutic feeding centers in Yemen, HUNGER WARD documents two women health care workers fighting to thwart the spread of starvation against the backdrop of a forgotten war. The film provides an unflinching portrait of Dr. Aida Alsadeeq and Nurse Mekkia Mahdi as they try to save the lives of hunger-stricken children within a population on the brink of famine.

The project builds on Spin Film’s previous two films: 50 Feet from Syria and LIFEBOAT. In 2016, 50 Feet from Syria was voted onto the Oscars Shortlist. In 2019, LIFEBOAT was nominated for an Academy Award. The film has also been nominated for a National Emmy for best Current Affairs Documentary. Together the first two films of the Refugee Trilogy have garnered dozens of international awards.

Donate to the women and clinics featured in Hunger Ward here.

Our first internal documentary film is a collaboration between Emmy-winning producer Tracy MacDonald and Apes Like Us creator Gerry Ellis. As co-producers/co-creators on this first film they are exploring the role of inspirational women in great ape survival and conservation, both as pioneers and a new generation of role-models. 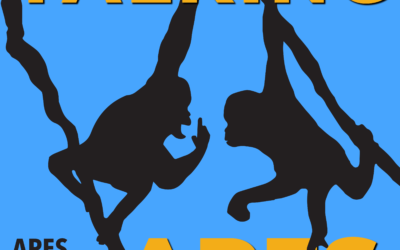 Did you know it’s really Survival of the Friendliest NOT the fittest? Unless your fitness comes from being friendly, I suppose. Did you know that apes migrate? Or that orangutans sing? How about non-human apes can’t swim because their bones are too heavy? Or which... 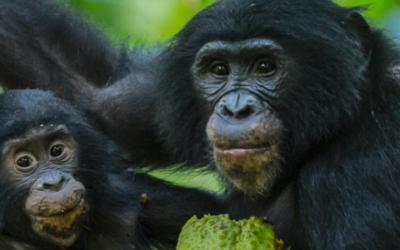 February Primate of the Month: BonobosThe Affectionate Ape February 14th isn't only a global day of love and affection, it also marks International Bonobo Day! It's no surprise that these two coincide as there's much to love about the beautiful bonobo. Learn more... 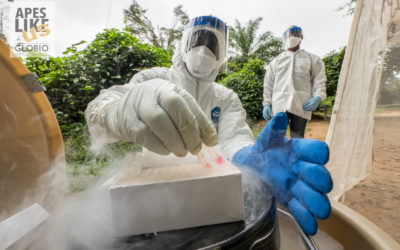 UPDATE as of 19 February 2021: All Updates at article end (original text published 12 May 2020) Key to our Apes Like Us program is exploring the impact of threats to all great apes; disease is one of the greatest of those threats. In the past two decades multiple...