Little Joey – Welcome to the Terrible Twos – You Made It!

It’s hard not to feel like a parent who has watched the first couple years of your child’s life be nothing but an endless journey fraught with health issue after health issue since birth, and yet, despite all the chaos they are the happiest little life on Earth. That’s how I feel about Little Joey, or L J as I call him. To see him flirting with the tantrums, tirades and trouble-making of a two-year-old makes my heart sing, although only a saint like his mom Little Jane could weather such a storm. Little Joey’s story goes beyond filming wildlife. Much of my early career was life most wildlife and nature photographers and filmmakers, one endless romp around the world to catch wildlife in their finest — the picture postcard perfect photo. It didn’t take long for that to feel truly unrewarding. Spending time, telling real stories, getting to know the people, the place and the wildlife all as individuals is endlessly more fulfilling.

Filming for Apes Like Us offers the occasional rare opportunity to return time and again to the same location, check in on the same individuals and follow their lives. After a few years a story begins to emerge, or two parallel stories, such is the case with Little Joey and vet Thalita Calvi. Her commitment to saving Little Joey that first month and again 18 months later are as much about LJ’s life as Thalita’s. We’ve just completed a Little Joey update, with vet Thalita Calvi sending us new video literally as we were finalized the edit. It is brilliant to see how well Little Joey is doing. In Thalita’s words, “he eats everything and plays with everyone” just maybe he has an inherent sense of how lucky he is to be on this planet.

Welcome to the Terrible-twos Little Joey – You Made It! 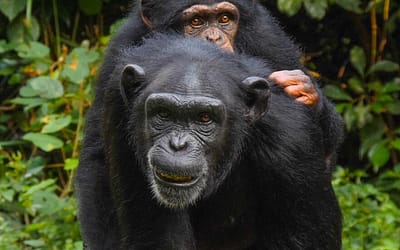 The 2021 launch of the Chimpanzee National Animal Awareness and Protection Campaign (CNAAPC) marks the debut of one of GLOBIO's more ambitious collaborations yet. This grassroots campaign seeks to engage Sierra Leoneans of all backgrounds in the understanding and... 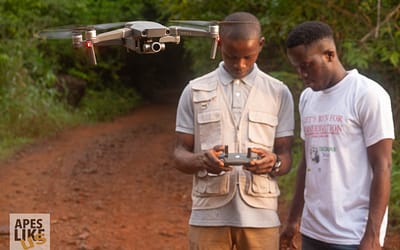