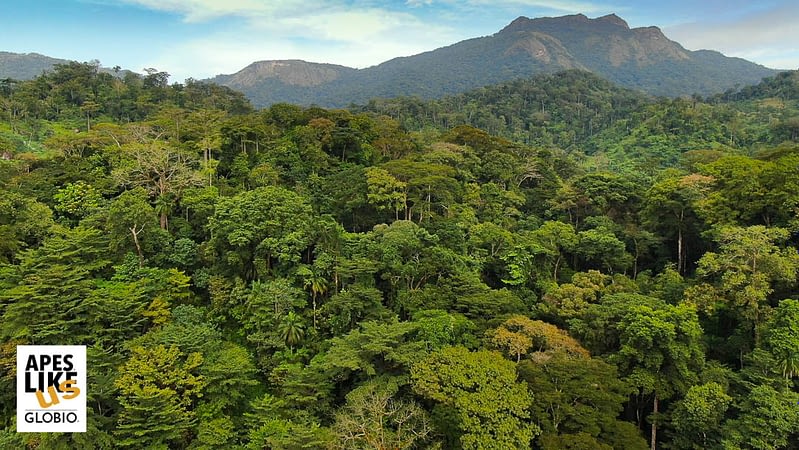 It looks very different from here, watching the international circus act of world leaders at COP26 from the rainforest here in Sierra Leone made me think how far away all of “that” seems, and yet simultaneously I’m sitting in the heart of the one natural ecosystem, that if left alone, can drive over 50% of the carbon sequestration we fossil fuel burning humans seem unrelenting in producing. Leaving forests intact is step one, but we are at a point that requires more than one step at a time. I’m a big fan of realistic hope – hope grounded in the ideas and actions that nearly always germinates outside normal perspectives. The following is excerpted from a recent op-ed in The Guardian newspaper by thinker-writer George Monbiot offers an interesting step two: hope from an alternate perspective.

“What we needed at the Cop26 climate conference was a decision to burn no more fossil fuels after 2030. Instead, powerful governments sought a compromise between our prospects of survival and the interests of the fossil fuel industry.

So does this mean we might as well give up? It does not. For just as the complex natural systems on which our lives depend can flip suddenly from one state to another, so can the systems that humans have created… Our last, best hope is… triggering what scientists call “cascading regime shifts”.

A fascinating paper published in January in the journal Climate Policy showed how we could harness the power of “domino dynamics”: non-linear change, proliferating from one part of the system to another. It points out that “cause and effect need not be proportionate”, a small disturbance, in the right place, can trigger a massive response from a system and flip it into a new state. This is how the global financial crisis of 2008-09 happened: a relatively minor shock (mortgage defaults in the US) was transmitted and amplified through the entire system, almost bringing it down. We could use this property to detonate positive change.

Sudden shifts in energy systems have happened before. The paper points out that the transition in the US from horse-drawn carriages to cars running on fossil fuels took just over a decade. The diffusion of new technologies tends to be self-accelerating, as greater efficiencies, economies of scale and industrial synergies reinforce each other. The authors’ hope is that, when the penetration of clean machines approaches a critical threshold, and the infrastructure required to deploy them becomes dominant, positive feedbacks will rapidly drive fossil fuels to extinction.

For example, as the performance of batteries, power components and charging points improves and their costs fall, the price of electric cars drops and their desirability soars. At this point (in other words, right now), small interventions by government could trigger cascading change. This has already happened in Norway, where a change in taxes made electric vehicles cheaper than fossil-fuel cars. This flipped the system almost overnight: now more than 50% of the nation’s new car sales are electric, and petrol models are heading for extinction.

As electric cars become more popular, and more polluting vehicles become socially unacceptable, it becomes less risky for governments to impose the policies that will complete the transition. This then helps to scale the new technologies, causing their price to fall further, until they outcompete petrol cars without the need for tax or subsidy, locking in the transition. Driven by this new economic reality, the shift then cascades from one nation to another.”