Talking Apes — Bringing the Voices of the Primate World Alive.

Talking Apes is our newest series on our Apes Like Us YouTube channel connecting you to the people and events that matter most to apes like us.

Every month Talking Apes brings you a conversation with primatologists and conservationists, filmmakers and writers, rescue staff and park rangers from around to world to get at the heart of what happening with apes in the wild!

This month, September 24th, we celebrate World Gorilla Day with special guest Dr. Martha M. Robbins from the Max Planck Institute for Evolutionary Anthropology.  She has literally spent more time with ALL the species of wild gorilla than almost anyone on Earth. We were really fortunate to get her on the show before she jumps on a plane the next day to return working in the rainforest of Gabon’s Loango National Park where she leads a team studying Western Lowland Gorillas. Dr Robbins began her career on the heels of famed researcher Dian Fossey in the Virungas Mountains of Rwanda, and has launched the second longest wild gorilla research project in Uganda’s Bwindi Impenetrable Forest NP. From east to west across the Congo Basin of Equatorial Africa few humans have spent so much time in the company of these magnificent apes.

“In the remote rainforests of Gabon, primate researcher Martha Robbins and her team have achieved an extraordinary feat. They have gained the trust of a group of wild, elusive Western Lowland Gorillas. Western Lowland Gorillas have been researched extensively in captivity but their behaviour in the wild has been a mystery. Shy by nature, the wild gorillas normally avoid close human contact – until now.” — from Gorillas Close Up

For more about our Talking Apes series and watch previous conversations 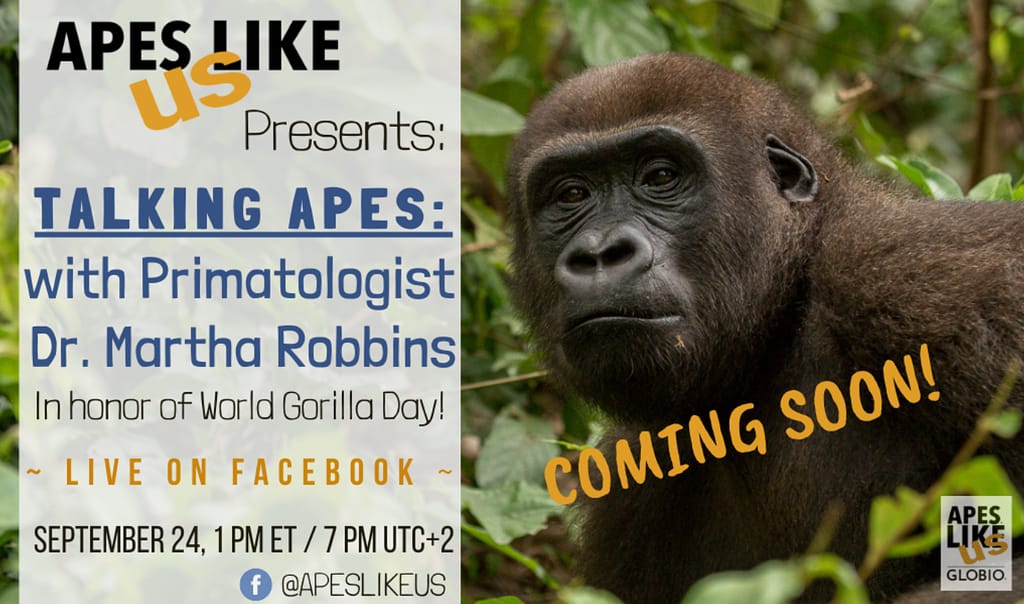