Travel with GLOBIO — Why Travel?

For someone who has spent the majority of their life traveling, the first time you hear a question like, ‘Why travel?’ it comes as such a ridiculous shock that you’re stunned to articulate an answer. You stumble through an awkwardly assembled collection of descriptive words that you think will somehow say exactly what travel means and why you think that the question they’ve posed is so ridiculous. And then you see the look on their face that tells you, they simply don’t get it. They don’t relate to that ramble you’ve just babbled. And they aren’t convinced spending thousands of dollars to travel half-way around the world to see, well almost anything, is worth it.

I couldn’t leave it alone. As a passionate traveler, I felt compelled, dutied, to find an answer. One that made it clear to anyone, everyone. Then one day the answer to Why Travel, in the most unexpected form, walked up a gangplank in the world’s southern-most town, Ushuaia, Argentina.

“It seems that the more places I see and experience, the bigger I realize the world to be. The more I become aware of, the more I realize how relatively little I know of it, how many places I have still to go, how much more there is to learn. Maybe that’s enlightenment enough – to know that there is no final resting place of the mind, no moment of smug clarity. Perhaps wisdom, at least for me, means realizing how small I am, and unwise, and how far I have yet to go.” — Anthony Bourdain 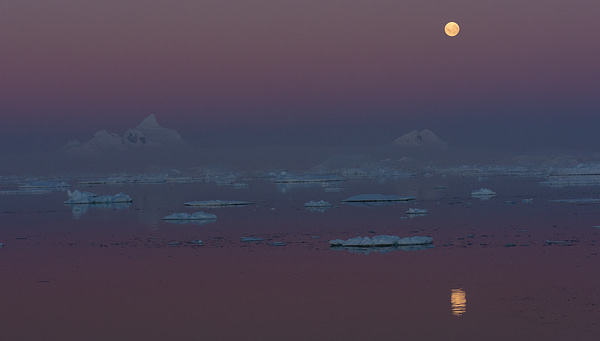 The Why Travel answer started a year earlier, in Antarctica, aboard a truly wonderful Finnish-built, converted Russian research ship, named The Loffe, I wandered out to the back deck after giving a lecture on the Convergence Zone, which we were fast approaching. This magical invisible line a few dozen meters wide, and thousands of meters deep, that circumnavigates the south polar ice and divides life as we know it from life as only Albatross, leopard seals, and penguins know it. Cross that “invisible” line in the sea and the temperature drops a handful of degrees, birds of the north won’t follow, some fish as well, and you have officially entered the waters of the South Pole. There are two such invisible lines in the world, the one we were crossing and the Wallace Line, far off in the tropics, separating New Guinea and Australia from Indonesia. From the world of kangaroos and wombats, and the world of cats, woodpeckers, and ungulates.

A tall broad-shouldered passenger walked up alongside me at the railing, and said, in the most gently firm but honest voice, like a man who had spent the majority of his life making tough honest, but blunt decisions that shape a company into success, which he had, “I just don’t get it.” After a pause to watch the 11-foot winged Wandering Albatross sail past, in one of its endless loops of the ship, soaring on the unseeable wake of air pushed by our hull; so close I knew I could touch it if I tried. “What”, I said, “the albatross? “As if not getting it was beyond absolutely my comprehension. “No”, he said. “I don’t understand the whole thing. The Antarctica thing.” Staring down at a dozen checkerboard-costumed Pintado Petrels riding in synchronicity a slight swell off our stern, I said incredulously, “Really?” and turned to look at him. “You really don’t get all this?” gesturing to the petrels, but my question focused on everything beyond. “Then… why did you come?”

He said he had come for his wife. She was passionate – obsessed – I think was his actual word, about penguins. “We have penguin everything at home”, he said, in an ‘I don’t really understand it’ kind of tone. “Her dream has always been to see penguins in Antarctica, so here we are.” He was here because she wouldn’t come alone.

The next day we officially entered Antarctica some would say, we saw our first tabular iceberg. A mammoth thing, easily a kilometer long, rising at least a hundred meters out of the water. The Loffe’s captain steered clear.

After a week sailing channels and islands of the Antarctic Peninsula, seeing enough penguins to make his wife and everyone else onboard feel as if there were no more to see in the whole of the continent, we headed north, and with the incredibly good fortune of weather, were able to slip out of the Gerlache Strait through the icy maze-like passage between Anvers Island and Brabant Island. Often iceberg choked, the passage is where bergs that have spun and tumbled a lifetime in the Gerlache finally cue up to wait their turn to escape into the Southern Ocean. These are not mere worn building-sized pieces of ice, they are twisted sculptures at the weathering hands of Nature’s own Picasso. Each it’s own. And each appeared on that sunny day as though lit by an eternal light of indescribable… blue? But unlike any blue color your mind can imagine.

The calmness allowed every passenger to line the Ioffe’s railing for their own private gallery viewing. I looked a dozen people down and there he was with his wife, but I could see at the same time he wasn’t. It was as if he had entered the Louvre and someone had said the museum is yours for the next hour — ALL YOURS. 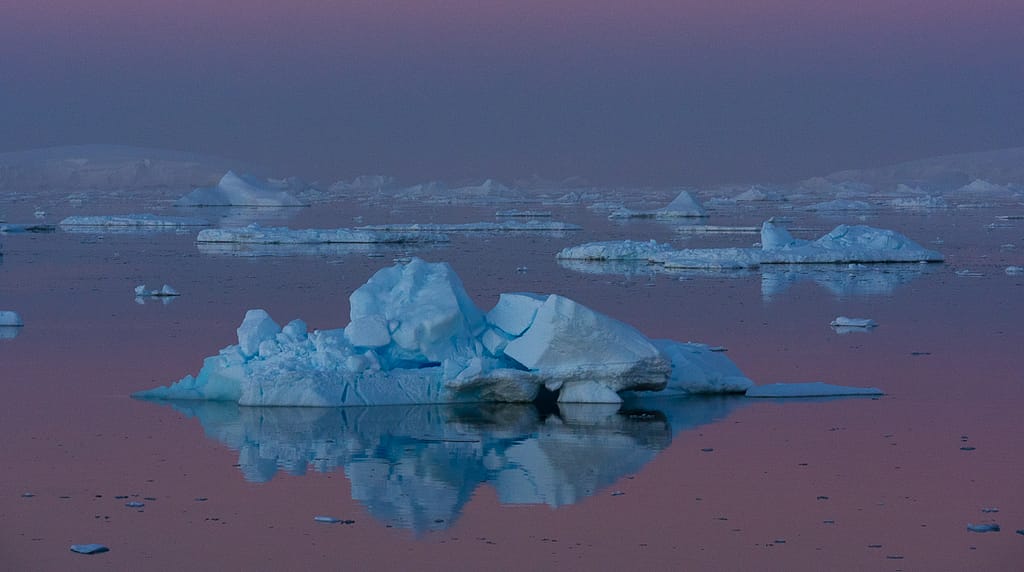 “It’s an irritating reality that many places and events defy description. Angkor Wat and Machu Picchu, for instance, seem to demand silence, like a love affair you can never talk about. For a while after, you fumble for words, trying vainly to assemble a private narrative, an explanation, a comfortable way to frame where you’ve been and what’s happened. In the end, you’re just happy you were there — with your eyes open — and lived to see it.” — Anthony Bourdain

A year later I was back in Antarctica, this time to spend the entire summer season. Antarctica gets in your soul that way. When people ask me the impossible question “where is your favorite place to travel?” which is really their question asking, to where I think they should travel, I always add Antarctica. If it is the last dime you spend. I say, it is like traveling to another planet. And you really do travel there. Maybe the last place on Earth you still have to travel to. It is a journey, leaving behind everything you thought you knew about life on Earth.

As he walked up the gangplank, I thought I recognized his face. He smiled, “Yes, I’m back.” The shocked look on my face was nothing I could hide. I shook his hand and he said, I’ll meet you in the bar.

That evening, as we sat floating in the quiet waters of the Beagle Channel — so everyone could get a full meal under their belt before waking up to the rocking and rolling of the South Atlantic Ocean — I found him in the bar, his smile, and mine, rose again. “Where’s your wife I asked?” Handing me my beer he said, “At home.” My face once again gave me away.

“She saw her penguins, and was happy.” He said. “And so… why are you here?”  Well … he started, “you remember that day in leaving the passage off Anvers Island?”

“Ya, that was an amazing afternoon.”

“I have never been able to get that blue out of my mind, I told her I have to go back, I have to know it was real.”

Why Travel? To know it’s real. That thing that defies description.

I’ll openly admit my addiction: I hunger to travel. This past year has been like going cold-turkey through an unforeseen rehab. It’s the first time in thirty-two years I have not ventured overseas, and it has been, well, painful — it’s the only word I know. A pain like no other, a pain as difficult to describe as Why Travel? Travel going forward I know will be different. Travel even in the face of more complicated health restrictions, more security, digital health passports, increased airfares, and an unknown list of unknowns. But as the itinerant Anthony Bourdain would surely have said, unknowing makes it all worth it.

As we began rebuilding our Travel with GLOBIO program I kept thinking about how we could help people explore the world of great apes and primates, how we could, even in so-called ordinary places, where you think thousands have traveled before you, we could still ensure a moment that would defy description. A moment that would forever, in the end, “you’re just happy you were there — with your eyes open — and lived to see it.”

“When dealing with complex transportation issues, the best thing to do is pull up with a cold beer and let somebody else figure it out.” — Anthony Bourdain

Our travel program is about figuring out complex travel issues for you, so that you can focus on “that blue” or “that gorilla” or that trekking to find the thing you never see, but know you are a different person because of the journey.