What is an Endangered Species?

What is an Endangered Species and who decides when a species becomes endangered?

Seems pretty obvious, until you start to give it some thought. With Endangered Species Day on Friday May 15th, many of you asked us that very What and Who question. Here’s the not-so-crystal-clear answer.

What’s the difference between Endangered and Critically Endangered and the other distinctions? How are these determinations decided? This blog post unpacks these questions a little bit, and takes a closer look at some of the main governing organizations that are working to ensure that vulnerable species survive and will, hopefully one day, begin to once again thrive in their wild homes.

You would think a single-body of scientists and policy-makers would meet regularly, once a year, and consider the data and say, yes, that wonderful little monkey over there in that disappearing rainforest is slipping towards extinction, we vote to make it Endangered. Then post it publicly and ensure all the conservation type groups knew to spread the word. Unfortunately there is nothing single about that body. Deciding bodies exit on a national and international level, often driving confusion, conflict and most dangerously for the endangered species, inaction. For example, in the United States two federal agencies start the process. The List of Endangered species that have been determined by the U.S. Fish and Wildlife Service (Service) or the National Marine Fisheries Service (for most marine life) to be in the greatest threat of extinction. Once determined, politics then jumps in and everybody and the neighbor has an opinion about how the determination will impact their personal life. All of which has nothing to do with the original determination based on science. This process is generally repeated in every country around the globe. Next step, is at the international level, where the science remains as clear but the politics gets messier.

IUCN: International Union for the Conservation of Nature 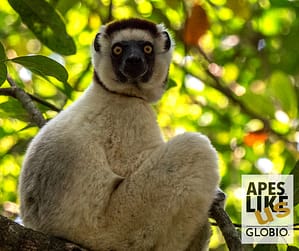 Following the science, to determine international Endangered Species, a body called IUCN, the International Union for the Conservation of Nature, based in Gland, Switzerland, periodically assesses every animal for which there is enough data to make an informed decision, explains Jon Paul Rodríguez, chair of the IUCN Species Survival Commission. This commission consists of more than 8,000 scientists in 162 countries.

According to their website: “the IUCN is a membership Union composed of both government and civil society organizations. It harnesses the experience, resources and reach of its more than 1,400 member organizations and the input of more than 15,000 experts. This diversity and vast expertise makes IUCN the global authority on the status of the natural world and the measures needed to safeguard it.”

The IUCN annually updates the status in a document called the IUCN Red List. This international list is not composed of national lists, and may or may not cross-over.

No matter which species you are, making the list is not something you want to celebrate. It often means your days are numbered. A major component of the IUCN is the IUCN Red list, a database that determines “extinction risk” of thousands of species by assessing their population trends, adaptability as a species, threats and weaknesses, etc. This list is compiled by a network of thousands of experts in the field through the IUCN Species Survival Coalition and other Red List Partners. According to their website, their mission is:

“To provide information and analyses on the status, trends and threats to species in order to inform and catalyze action for biodiversity conservation.”

They do this by:

It’s important to note that the IUCN Red List is not a complete priorities list for species in need of conservation, nor does it mandate intervention. It merely provides information about species without necessarily taking into consideration the costs associated with individual species protection plans, cultural and legislative implications, etc. Local officials, conservation organizations and other key players can then use this information to help guide conservation action plans within their own communities. Due to the vast number of species on the earth (with some estimates well over 10 million total plant, animal and fungi species), the Red List has not been able to assess every species, but has looked at over 116,000 distinct organisms and aims to raise that number to 160,000+ by the end of 2020 to provide a more holistic view of biodiversity around the earth.

The IUCN Red List categorizes extinction risk of species with the following distinctions:

CITES (the Convention on International Trade in Endangered Species of Wild Fauna and Flora) is an international agreement between governments. Its aim is to ensure that international trade in specimens of wild animals and plants does not threaten their survival.

The need for CITES is clear. Annually, international wildlife trade is estimated to be worth billions of dollars and to include hundreds of millions of plant and animal specimens. The trade is diverse, ranging from live animals and plants to a vast array of wildlife products derived from them, including food products, exotic leather goods, wooden musical instruments, timber, tourist curios and medicines. Levels of exploitation of some animal and plant species are high and the trade in them, together with other factors, such as habitat loss, is capable of heavily depleting their populations and even bringing some species close to extinction. Many wildlife species in trade are not endangered but many are, and the existence of “an agreement is to ensure the sustainability of the trade is important in order to safeguard these resources for the future.” With Trade, capital T, at the center of its title the protection of Endangered Species can and does often conflict with a species survival. Nothing illustrates this better than the decades long conflict over elephant and their ivory. Great apes too are annually traded” via illegal smuggling and falsified CITES documents. It is estimated by the World Economic Forum that the value of between $7 billion and $23 billion each year, illegal wildlife trafficking is the fourth most lucrative global crime after drugs, humans and arms.

Despite its major assigned role in acting as the agent for global trade in species, especially Endangered Species, and the fact that virtually every nation in the world is a signatory to the CITES treaty, CITES has been called a “paper tiger.”

So that may clear up the What and Who of the Endangered Species question, it leaves open the most important question — WHY once declared an Endangered Species, (like all the great apes for example) can we not find the collective public and political will to save them from the ultimate nightmare listing — Extinction?

Dig a little deeper with these Sources and Further Reading: